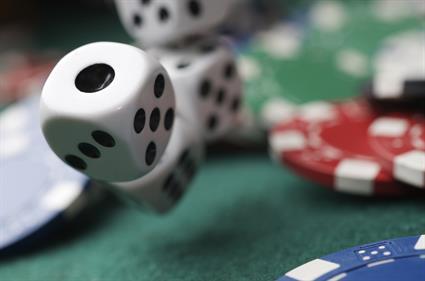 While the idea of opening a casino may seem like a Hollywood fantasy, recent changes in state laws, regulations, and the overall attitude toward gambling have put this dream within reach of more entrepreneurs than ever before.

In decades past, legalized casino-style gaming was limited to two locations: Las Vegas, Nevada, and Atlantic City, New Jersey.  A handful of extremely wealthy organizations capitalized on an economy of scarcity and built up huge casino/hotel complexes in these cities that generated billions in revenue based primarily on being magnets for tourists from across the country.

Over the last few years, however, many states have turned to legalized gaming as a source of additional tax revenue and economic stimulus as they struggle through a slow economic recovery following the Great Recession.  Combined with states that had already allowed Native American tribes to open casinos on reservation land, the great majority of the U.S. population now has at least one casino within a reasonable driving distance of their home.

In addition to legal adjustments, public opinion of gambling has seen a dramatic change as well. Whereas gambling used to be a hot topic for debate, especially in traditionally conservative areas of the country, the general populace now considers it an acceptable form of entertainment when handled responsibly.

Finally, smaller, more intimate gambling venues have recently been gaining in popularity, making the initial startup investment to open a casino far lower than the hundreds of millions needed to open a Ceasar's Palace or Bellagio.

These factors have combined to allow a savvy entrepreneur to capitalize on the popularity of casino-style gaming and create a fun and profitable business.

Facts you can bet on:
•    In 2014, commercial casino gaming in the United States accounted for total revenues of just over $38 billion.  Combined with online gambling and other gaming varieties, the total revenue was more than $58 billion.
•    41 states now allow for some form of legalized gambling (excluding the lottery), a dramatic increase from the casino monopolies of yesteryear centered in Las Vegas and Atlantic City.
•    Last year, legal online gaming grossed $122.2 million in revenue, or approximately 0.2% of total gaming revenue.

As alluded to above, gambling is still not legal in some states.  In the states where it has been legalized, there are many rules and regulations dictating what is and is not acceptable, where in the state a casino can be located, and many other aspects of starting and running the business.

This article can't and won't try to cover all the legal variables involved in opening a casino. We strongly recommend getting legal counsel before beginning any of the startup or purchasing processes to ensure your casino gets off the ground without any problems.

As with nearly any business, location is a prime factor that will have an impact on the success of your casino.

Legally, there will be zoning and other regulatory restrictions that will limit where you can set up.  Beyond that, you will also need to consider proximity to other casinos.

While the Las Vegas strip boasts dozens of casinos all within walking distance of each other, the new gaming economy precludes the possibility that two or more casinos near each other can succeed.  As a matter of fact, a closer look at the business strategies of the major Las Vegas casinos reveals that they've been dealing with a steady decline in overall revenue from gaming for years now and have diversified into many other forms of entertainment to maintain their leading role as a tourist destination.

If you can effectively set up your casino in a location where it can be easily accessed by travelers, has plenty of parking, and is in a part of town where customers will feel safe entering and leaving with cash in hand, your casino can work.

And if you happen to be able to locate your casino near the border of a state that has not yet legalized gaming, you stand to draw a significant amount of out-of-state business, which is historically the most profitable kind for casinos.

While the cost of starting up a casino has dropped dramatically as smaller venues have gained popularity, there still is a significant startup cost involved.

Smaller, established venues can be purchased and run essentially unchanged for a few hundred thousand dollars and provide fast profit.  Even smaller 'casino night'-style franchise operations can be purchased for less than $40,000.

On the other end of the scale, even a modest-sized casino built from scratch will cost tens of millions.  The mega casino resorts lining the Las Vegas strip cost $1-3 billion.

At a minimum, a quality casino should provide a variety of gaming options, enough room for a crowd to enjoy themselves without feeling crowded and uncomfortable, adequate security and comfort so customers can enjoy staying for a long time. Usually, some sort of refreshments are expected as well, especially alcoholic beverages, soft drinks, and snack-style foods.

Obviously, your choices as an entrepreneur will have a huge impact on the initial cost and the speed with which your investment is earned back.  Regardless of the amount you choose to initially invest, however, if the casino is run using smart business strategies, it can be profitable in a short amount of time.

Interested? Take a look at our casinos for sale at BusinessesForSale.com

If you enjoyed this article, sign up for a *free* BusinessesForSale.com account to receive the latest small business advice, features, videos and listings directly to your inbox!

Are you a Business Owner?

Set up your Private Seller Account and create your listing today

Are you a Business Broker?